Jaclyn Hill, a popular YouTuber, is back in the news, making waves on social media and the web. This time she’s making headlines because of a video she posted on Tiktok. Jaclyn Hill opened up about her “humiliating” experience with famed Hollywood actress Amber Heard in one of her latest TikTok videos. Hill didn’t stop there; She went on to say that meeting Hollywood star Amber Heard was one of the worst days of her life. This video went viral on all social media platforms as soon as it was posted on Tiktok. 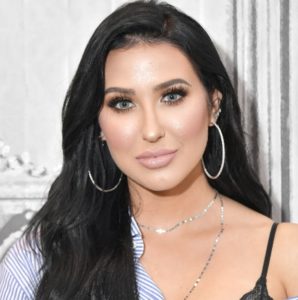 This viral video by Jaclyn Hill was released at a time when actress Amber Heard is making headlines over her ongoing legal battle with her ex-husband, Hollywood star Johnny Depp.

Jaclyn Hill is a social media personality with over 15 million followers across her various platforms. So when a celebrity makes a harsh and controversial statement like this, it sparks a lot of debate.

The whole incident was uncovered by Jaclyn Hill, who explained that when she encountered Amber at the famous Nobu Restaurant, Amber’s security guard grabbed her and pulled her aside, whereupon the security guard almost left her in front of the restaurant, which was massively packed with the crowd, and the Guard told her she couldn’t meet her. Amber was making strange faces at her while this was going on. Hill added that she was so embarrassed at the time that she couldn’t even speak.

Hill went on to say that Amber didn’t, but she could have stopped her guard from physically dragging and humiliating her, but she chose to remain silent and make weird faces at her instead.

Amber’s image has already been tarnished by her ongoing court case with her ex-husband Johnny Depp, and videos like this and others from well-known celebrities and social media stars are just icing on the cake for all the negative stories about her that are already circulating on social media and on the internet. It is currently the main topic of all criticism from Internet users.

Amber is widely punished online for her activities with Jaclyn Hill. Hill, as you may know, has a sizeable following on social media, which is why her supporters are constantly criticizing Amber for her behavior.